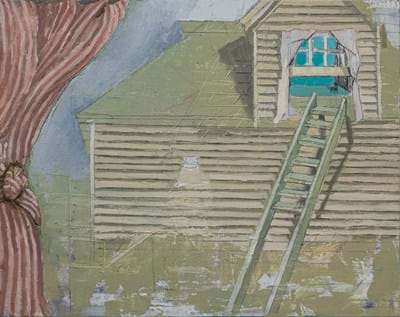 Back When It Was Simple, 2020 by Tania Alvarez

Tania Alvarez (born in Seville, Spain) received her Bachelor of Fine Arts from Pratt Institute and her Master of Fine Arts from the New York Academy of Art. As an Elizabeth Greenshields Foundation Grant recipient, Tania has exhibited internationally with group shows in London, Norway, China, and throughout the United States. Her work has been exhibited in The Clinton Foundation Collection, and she has been awarded residencies at The Studios at Mass MoCa, Sam & Adele Golden Foundation, and Cuttyhunk Island. She currently lives and works in New York.